What Is The Key Point Of Differentiation Of Your Lenticular Printing Technology? 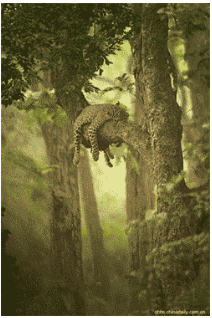 Lenticular images are distinguished by their capacity to display several images depending on the angle of view. Regardless of the technology utilized, there will always be a limit to the number of unique images exhibited in actual photos. This restriction is known as the “Number of resolvable pictures” and is denoted by the symbol “Nres.” This property may be thought of as the lenticular image’s resolution.

The pictures are displayed clearly as long as the number of images displayed by the lenticular poster is less than its resolution. However, when the duration of the series approaches the picture resolution, surrounding pictures in the sequence begin to merge together. When the sequence length surpasses the image resolution, a clear view of the individual sequence pictures is no longer possible.

Where t and n are the lenticular sheet’s thickness and refractive index, respectively.

The number of resolved pictures is counted.

To establish the picture resolution, just create a succession of photographs with an increasing number of shown images (while keeping all other settings constant) and visually inspect each one. The resolution is determined by the image with the longest sequence that still clearly displays each image.

This method is quite inefficient. It is expensive, and the resolution estimation is incorrect. It is far preferable to create a bespoke pattern that can be used to determine the resolution in a single image with great precision. This pattern is known as a “resolution pattern.”

The resolution pattern, like the conventional pitch calibration pattern, is a vertical array of horizontal bands.

Nowadays, the amount of resolved pictures is mostly governed by printing technique. Different printers may produce different Nres values for the same lens. Offset printers are likely to achieve substantially higher Nres values than digital printers. It will be fascinating to see measured Nres values for various printers and printing processes.

Once Nres is measured for a given lens, the formula may be used to estimate its value (for the same printer) for lenses with different lpi values:

Where Nres’ represents the measured value of lpi’ The safest method is to measure Nres for each lens independently.

The printing density used to print the resolution pattern may influence the number of resolved pictures. In this example, we chose 720ppi, but practitioners may experiment with alternative densities such as 360ppi, 1440ppi, etc. It might also be affected by various printing factors, as well as the RIP programme and its settings (in case it is used to print the picture).

The pitch at which the sequences are interlaced may also affect the value of Nres. As a result, even though the manufacturer reports both lenses to have the same pitch, various Nres values might exist (like “60lpi”). The same is true for pitch changes caused by varying viewing distances for the same lens.